Welcome to our FreeFiltering service! We understand the importance of ensuring that your internet experience is safe and secure for everyone in your household. That’s why we’ve created a service that allows you to block unwanted websites and protect your family from harmful content.

The internet has made it easy for anyone to access pornographic material, which can adversely affect individuals and families.

Filter an unlimited number of devices connected to your wi-fi network for FREE.

Use our self-help instructions or hire an expert to help you get set up remotely for $99.

No filter is perfect, but with your help, we promise to get better every day.

For those who need assistance setting up their wi-fi router to use our standard DNS filter, an expert setup session from our founder or our teammate can be helpful.

• We don’t want to turn anyone away. If you cannot afford a $99 expert setup, you can choose whatever you wish to pay by clicking HERE, and we’ll set up the Filter for you still. Our Mission is to protect children and their souls while online as much as possible.

• Patrons who commit to a monthly donation of $30 or more can also receive an expert setup session with their membership.

Protect Any Device on Your Wi-Fi From:

How to Schedule Your Expert Setup Appointment (Not Currently Applicable to Patrons):

You’ll see our calendar to book your appointment.

Why obey the Gospel of Jesus Christ?

Reason #1:  Hell is real!  Around 50 A.D., in the Greek city of Thessaloniki, there was a fledgling group of believers who had just recently come to accept the “Gospel” – this “Gospel” (or Good News) stated that Jesus of Nazareth was the “Messiah” or “Christ” (literally, the “Anointed One”), who the Jewish prophets had predicted for hundreds of years would come into the world.  By confessing that this Jesus of Nazareth was the promised Messiah, that He had suffered a shameful death on a cross, that He had come back to life, that He would soon return to judge all people, these believers opened themselves up to a life of day-to-day misery;  they lost membership in their synagogue, they were shunned by life-long friends, hated by family, lost jobs & businesses, and were sometimes even imprisoned or put to death.

It was under these circumstances that their mentor, the Apostle Paul, wrote them a letter, encouraging them to endure their persecutions patiently:

“This is evidence of the righteous judgment of God, that you may be considered worthy of the kingdom of God, for which you are also suffering— since indeed God considers it just to repay with affliction those who afflict you, and to grant relief to you who are afflicted as well as to us, when the Lord Jesus is revealed from heaven with his mighty angels in flaming fire, inflicting vengeance on those who do not know God and on those who do not obey the gospel of our Lord Jesus. They will suffer the punishment of eternal destruction, away from the presence of the Lord and from the glory of his might, when he comes on that day to be glorified in his saints, and to be marveled at among all who have believed, because our testimony to you was believed. To this end we always pray for you, that our God may make you worthy of his calling and may fulfill every resolve for good and every work of faith by his power, so that the name of our Lord Jesus may be glorified in you, and you in him, according to the grace of our God and the Lord Jesus Christ.”
– St. Paul’s 2nd Letter to the Thessalonians (1:5-12)

Later, in the 4th century, John Chrysostom, one of the most eloquent preachers in all of Christian history, preached a sermon about this part of Paul’s letter.  He explains why it is so beneficial for humans to constantly remember the reality of hell. We recommend that you print this sermon out and read it on a regular basis for the benefit of your soul!  This life on earth lasts only a few minutes compared to the eternity of your soul.

FreeFiltering is a DNS-based web filtering system designed to make the internet a “Safer Place for Souls™”.  That means we’ll help you block websites that are devoted to promoting evil.  We’ll help you automatically block ~1.8 million pornographic websites already catalogued in our database.  And since porn purveyors are slick, and constantly putting up new sites to suck in innocent victims – we’ve built artificial intelligence that automatically detects if a brand-new website is pornographic, so its blocked before it even loads.  Over time, we’ll be adding additional block categories for websites that promote values contrary to the historic Christian tradition.  More importantly, as we grow, we’ll build tools to educate you on how to become a better steward of your God-given resources by redirecting your spending and investments to companies that don’t actively promote evil causes.  We’ll need your help and input to build the service in a way that brings glory to the Father, Son, & Holy Spirit.  ✞

How does it work?

Simple Answer:  Change a simple setting on your router – devices connected to your wi-fi through the router won’t be able to access blocked websites.

Complicated Answer:  The Domain Name System (DNS) functions like the “phonebook” of the Internet.  Your Internet Service Provider (ISP) provides you with its own DNS by default.  Continuing to use the default DNS from your ISP is like giving your kids a mob boss’ contact list.  You’re inviting your kids to call up all kinds of shady characters if you’re still using the default DNS from your ISP.

We generally access specific websites online through easy-to-remember domain names, like Amazon.com or Facebook.com. But web browsers actually interact with web servers through hard-to-remember Internet Protocol (IP) addresses.  DNS translates the easy-to-remember domain names like Amazon.com to the actual IP addresses that browsers need to load the requested site.  Each device connected to the Internet has a unique IP address which other machines use to find the device. DNS servers eliminate the need for us to memorize random IP addresses such as 192.168.1.1 (in IPv4), or more complex newer alphanumeric IP addresses such as 2400:cb00:2048:1::c629:d7a2 (in IPv6).  You can imagine our filtering service as being a black permanent marker we use to black out the phone numbers of shady characters in the phone book.

A dad who doesn’t like the devil.  Remember him in your prayers!

How can I help?

Is it really free?

Yes!  Our goal is to make sure every Christian family has the ability to protect their home internet from the “wiles of the devil”.  The FREE plan empowers you to protect any device connected to the internet through your wi-fi router from content that is harmful to the soul.  We also offer a Premium plan for users who want more advanced controls over the experience.  We need families to prayerfully consider upgrading to a paid Premium or Patron membership so that we can continue to offer the FREE service to everyone. 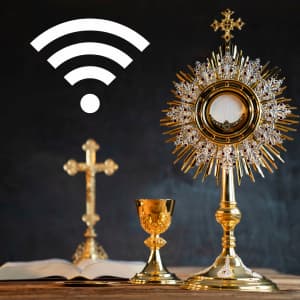 Access to the internet is essential for most families in the modern world, but with the devil & his demons lurking behind every corner of the internet, wouldn’t it be great if there was a Catholic internet filter?
Read More 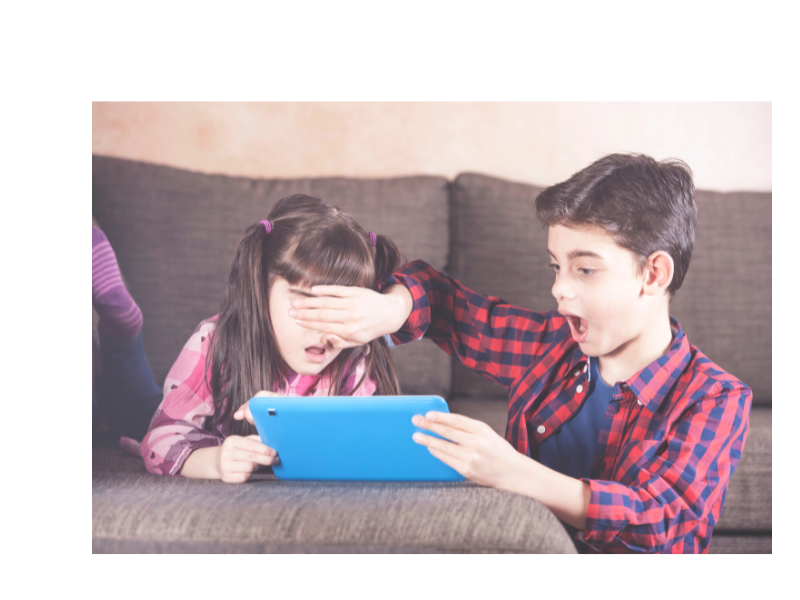 Is there such a thing as a Christian internet filter? Our founder discovered the internet filters he had spent hours setting up to protect his children online were woefully insufficient.
Read More

Anyone with an internet connection can now easily access pornography, a significant concern for parents and guardians who want to keep their kids safe online.
Read More
Log In ×
SearchPostsLogin

No posts to show!